The Cloud, when it rains it washes your laundry 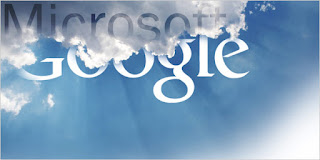 In 17 August 2011 an 3+ plus hour outage hits Microsoft Cloud affecting a number of the new Microsoft Office 365.

2 days later Microsoft releases the reasons behind the outage. Although not so convincing, they had to make a statement for the angry customers.

So whats this Cloud fuss? In a nutshell, I send my documents into the cloud. I save storage, I can access my documents and files anywhere I go. I don't maintain hardware. I don't install software. I just work.

Three main things you need to watch out when your documents is out in the wild.

Outages: A 3+ hour outage means 3 hour of idle time. In a typical organization with 300 employees that is more than 900 hours, which is a minimum average lose of 9000$. Office 365 literally means it should work for 365 a year (My own thought). If such outages started to emerge at this early stage, Microsoft should consider toughing up their cloud servers.

It can rain: Whatever these documents contain, from trival orginzation charts to confidential bank statements and ledgers, at the end its your laundry. You are putting your laundry on a cloudy weather. So when it rains, expect your laundry to be washed out. The main problem is that you don't know when it will rain. Hackers in their mothers basement will simply point their machines into breaking into the cloud and it will eventually rain.

FBI: If your cloud is in the US, well the server on which your documents lay out can most likely be taken by the FBI, and it did happen last month. FBI seized over 13 servers for evidence from a cloud provider called DigitalOne. They entered the premises unplugged the server and took them.


Maybe an average user like me want be terrified to push his document in the cloud. But organizations should.