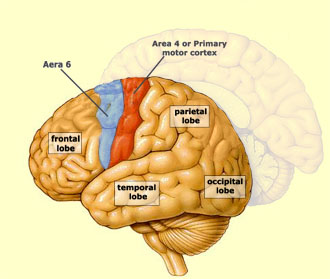 Perhaps you got tired of hearing all the fuss about the Left Brain and Right Brain Thinking. But If you know that those very two hemispheres are the origins of almost everything in this world you will appreciate study them more.

L-Directed Thinking is the process that is done by the left hemisphere of the brain. Here goes the analysis, sequenced logic, 1+1=2 like of logic, computation of complex formulas etc. Basically computers are great at stuff like this.

For example playing chess is an L-Directed thinking approach, You can NEVER beat a computer at Chess, because basically your Left Brain is not as fast as a computer, in performing sequenced steps. The computer will basically calculate ALL your possible moves and encounter it easily.

Garry Kasparov the Chess Champion beat the first computer at Chess, and the second one, but he couldn't beat the third.

Now, If you bring a violent picture and you feed it to a Cloud of computers in order to detect the type of this picture; A 6 years old kid can instantly know that this picture is violent in less than a second where the Cloud can report it after days and most of the time the result is wrong.

This is the power of the R-Directed Thinking which cannot be replicated by a computer yet. So the Right Brain is responsible for emotions, parallel, pattern detection. Whereas you can replace a human left Brain with a Machine.

When you look at someones face, you don't see her nose first, then her eyes, then her lips. You see her face as a whole, in parrallel. Thats the power of the R-Directed thinking.

Imagine your wife is cooking dinner. She asked you to bring some stuff from the store. You forget an important stuff. The wife looks at you and say, "I'm going to the store". Now your left brain will know that this woman in front of you aka your wife, is going to the store. But your right brain will detect that she is angry because you didn't bring the missing ingredient. No Computer can do that.